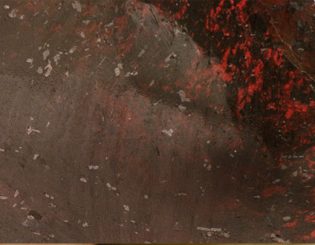 The gemstone Garnet is the birthstone for January, and also the 20th Wedding anniversary stone. The garnet is thought to be a stone of love and passion, awakening creativity, positive energy, and self-confidence. Also, that the garnet would light up the night and protect its bearer from evil and disaster.

Red garnets have a long history and it may be the most famous of garnets, know to have adorned Egyptian pharaohs, prized by nobility in the Middle ages and cut into ‘roses’ in the Victorian era. But what only a few people know, is that it also comes in a rich palette of colours such as greens, oranges, pinkish oranges and deeply saturated purplish reds. The most rare of them all is the brilliant green garnet, the Tsavorite, which was discovered in 1967 by a British geologist, Campbell R. Bridges. But it was Tiffany’s in New York that named the stone Tsavorite, since the stone was found in Tsavo National Park in Tanzania.

Garnet means ‘the grainy one’ and comes from the Latin word ‘granum’ that means grain. The name is referencing not only the typical roundish shape of the crystal, but also the colour of the red garnet, which often looks like the wonderful blood red seeds of a ripe pomegranate.

Or if you are further interested in gemstones, read our Gemstone Guide