Lockets – Why do we love them and what is their significance? 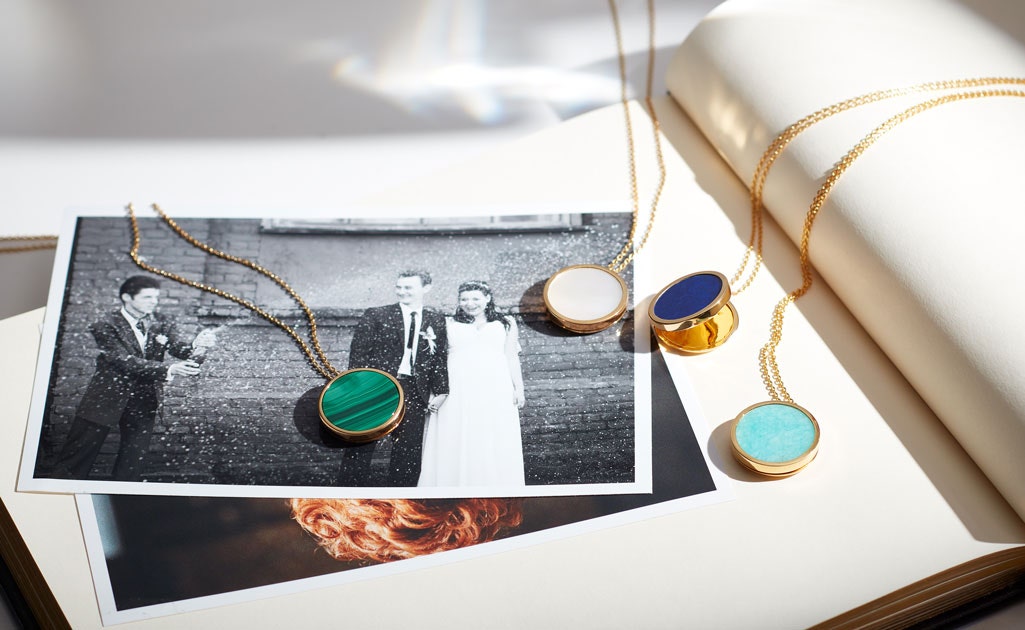 Lockets have always been an Astley Clarke signature. All our collections feature one of these designs. Easily customisable, they make wonderful gifts, expressing sentiments beyond the precious materials from which they are made. But where did lockets come from? Rather than use a locket to tell your story, we’re going to delve into the history and symbolism of the piece itself.

A history of lockets

Jewellery has always been about much more than just adornment. Woven into its wearing is often a fiction of protection, a desire to stave off death or illness through the perceived power of a stone. In ancient Roman society, people would wear amulets in stones associated with particular gods – milky chalcedony for Jupiter, helitrope for Sol, red jasper was the stone of Mars, while Ceres was represented by the green version of this stone. These amulets were thought to imbue the wearer with the powers of the relevant gods rather than being worn from any feelings of piety.

One of the earliest examples of the locket’s predecessor is a Hathor-headed crystal pendant from 712BC, which resides in the Museum of Fine Arts in Boston. The serene head of the goddess Hathor, associated with love, music, beauty, fertility and pleasure, sits atop a crystal vessel thought to have once contained a papyrus on which were written magical words designed to protect the wearer. In the near-East as well as in China, Korean, and Japan, it was also words, written on wood or incised into metal with a needle that were thought to provide the amulet’s protection, while in Judaism, the shape of a protective charm has no bearing, it is the name of God that provides safe-keeping.

In medieval times, the contents of protective pendants took a turn for the grotesque. Reliquaries worn by medieval Christians around 1200AD were sold with teeth, hair, blood-spattered fragments of cloth, or drips of tomb oil inside; all allegedly from holy sites. However, it wasn’t just the medieval Christians who used their proto-lockets to store unusual things. Throughout this piece’s history it has contained everything from powder and portraits to ashes, herbal remedies, and even poison. It isn’t until the 16th century that we see the first pieces of jewellery that resemble what we understand to be a locket, however, in this incidence, it isn’t worn around the neck but on the finger. It belonged to Elizabeth I – a mother-of-pearl and gold ring, set with rubies and diamonds on which there is a compartment containing a miniature painting of the Queen and her mother, Anne Boleyn. The locket’s next chapter was a political one. Following the execution of Charles I in 1649, his still-loyal followers secretly wore pendants inside which were miniatures of the king, or even, if they could obtain them, locks of his hair to show their support and find others who felt the same.

Associations with romance started to become attached to lockets in the 18th century when heart-shaped designs containing a lock of hair would be given to a lover, however it was Queen Victoria who really made this piece fashionable when she had one specially made following the death of her beloved Albert. Made from gold and set with onyx and diamonds, it contained his portrait, a lock of his hair, and around the edge of the front of the piece is written “Die Reine Seele schwingt sich auf zu Goff” or “The pure soul flies up above to the Lord.”. Those Victorians who were able to copied the Queen by also wearing lockets, though not containing Alfred’s portrait. Or hair.

The advent of photography and the rise of mass-produced jewellery made lockets into the mementos we tend to see them as today. They were especially popular with WWI soldiers who would give a locket containing their picture to those sweethearts they were leaving behind.

Why is it called a locket?

Lockets necklaces get their name from the Old French “loquet” meaning door handle; a reference to the way the hinged case opens.

What does a locket necklace symbolise?

Whatever you want it to. However, throughout its history it has been used as a token of love or a way of pledging allegiance to a political figure whether secretly or in plain sight. It is a symbol of mourning. It also acts as a visible symbol – it is emotion made public. By imbuing Lockets with meaning through a picture or an engraving we are inviting people to question. To ask, “what is in your locket” is an invitation to the wearer to reveal its, and by extension, your secrets. You don’t wear a locket if you don't want to divulge why it is significant. But is there a more philosophical reason we place our treasured memories in beautiful containers – is it so that we can render these remembrances, especially the sad ones, more palatable? Is a sad memory stored behind diamonds or pretty gemstones somehow easier to bear?

How do I choose a photo for a locket?

First thing to think about is how the size of the locket relates to the composition of the photograph you want to choose. Small lockets work better with single head shots or close-ups of a couple. The larger you go, the more space you have for group shots, panoramas, or portraits. Once you’ve done that, you can choose whatever you like. It’s your locket, your piece to personalise, you are confined only by your imagination.

What can I engrave on my locket?

Don’t think the only thing you can engrave on a locket is words. Symbols, coordinates of a special place, or a date can all making for meaningful inscriptions. If you are opting for words, remember it doesn’t always have to be something serious or taken from Shakespeare. A shared joke or a word that you have in common can mean just as much as a sombre line from a poem. Personalise your piece, your way. For more tips on customising your new locket, check out our guide to personalisation.